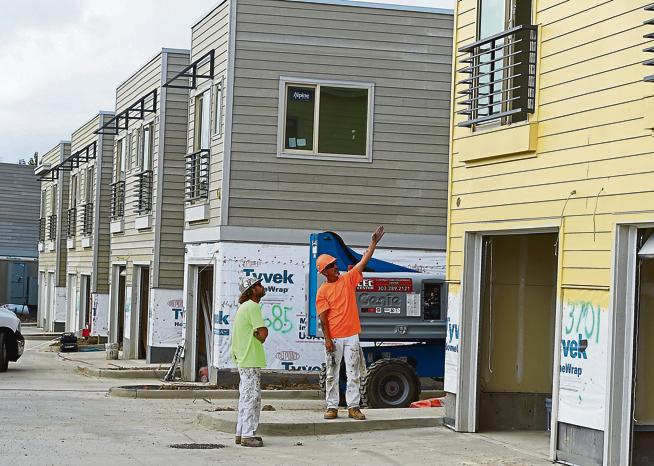 One of the things that makes me proud to live in Boulder is the fact that our local community cares deeply about climate change, and has supported climate action in numerous ways. The city has adopted one of the strongest energy codes in the nation, has invested in public transit and good bicycle infrastructure to give people other options than driving, and has preserved lands by buying tens of thousands of acres of open space. The city sued the federal government to stop public investment in overseas coal plants and is now suing the big oil companies. The rate of adoption of electric vehicles is the highest of any city in the U.S. outside of California.

But … there’s always a but. And in this case, it’s a big one. Our efforts at climate action are undermined by our land-use policies. For decades, Boulder has limited housing in the community. We do this in numerous ways, from the 1 percent annual cap on residential building permits to zoning rules that allow “McMansions” but prohibits duplexes and triplexes, to rules that encourage building a few big units instead of many small ones, to draconian occupancy restrictions. Taken together, the result has been a city which has forced out much of our workforce. Lots of us lament the social impact of this loss of affordable housing, but there are big environmental and climate impacts too.

The first impact is on how much driving takes place. When people live in town, they drive a lot less than when they live in the suburbs and commute into town to work. The mechanisms are pretty simple. Destinations are a lot closer, so it is easy to walk or bike for some trips. There is a lot more transit, because you can afford to offer decent bus service in denser areas. And when you do drive, the distances tend to be shorter. Last year as part of the “Denveright” planning process, the city of Denver studied average household vehicle miles travelled and found that households in the core urban areas averaged only 3,900 miles of driving per year in the metro area, compared to 11,600 for households on the fringes of Denver. Similarly, during the last update to Boulder’s transportation master plan, the city found that the average Boulder resident drives 11 per day, while the average in-commuter drives 26 miles.

Another difference is water use. Our opportunities to add housing in Boulder involve multifamily housing, not single-family homes surrounded by big yards. Because so much water is used for lawns, per capita water consumption goes way down in multifamily homes. That same Denver study found that annual household water consumption was two and a half times larger for households in the suburban parts of town compared to the urban core — 70,000 gallons compared to 28,000 gallons a year.

And there’s more. The units in town tend to be smaller, and a lot are in townhomes or apartments with shared interior walls, so they lose less heat in the winter. This ends up meaning far less energy consumption. The Denver study found suburban homes use 75 percent more energy. And remember that Boulder has one of the strongest energy codes in the nation, giving the added benefit that new housing built here will be far more efficient than the houses that most commuters live in.

When you add this all up, it means big differences in greenhouse gas emissions. The Denver study found that carbon emissions were more than twice as high for households on the fringes. A U.S. Environmental Protection Agency study found that the type of housing we add in Boulder — green-built multifamily housing in denser, walkable neighborhoods, has a carbon footprint three times lower than single family homes in the suburbs.

So when we choose to limit housing in Boulder, we’re not just forcing out lower- and moderate-income neighbors, and forcing tens of thousands of people a day to suffer through long commutes, we are also dramatically increasing our carbon footprint.

Luckily, this is not an insoluble problem. There are a whole set of actions that the council could take that would make a big difference. A good start would be broadly legalizing granny flats and backyard cottages, changing zoning to allow duplexes, triplexes and four-plexes in our neighborhoods (as opposed to current rules which encourage very expensive, very large single-family homes); relaxing our draconian occupancy restrictions; and rezoning commercial and industrial properties to allow housing. Let’s act together to improve our climate, our economy and our community.

Will Toor is a former Boulder mayor and Boulder County commissioner. Email: willtoor@gmail.com